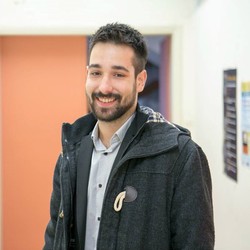 Athanasios received his BSc in Physics in 2015 from the University of Ioannina, Greece, and MSc in Photonics & Nanoelectronics in 2017 from the University of Crete, Greece. He is currently a PhD student at LUPO, studying ultrafast nonlinear optics in hollow-core waveguides, with a particular emphasis on four-wave mixing and polarisation state control.